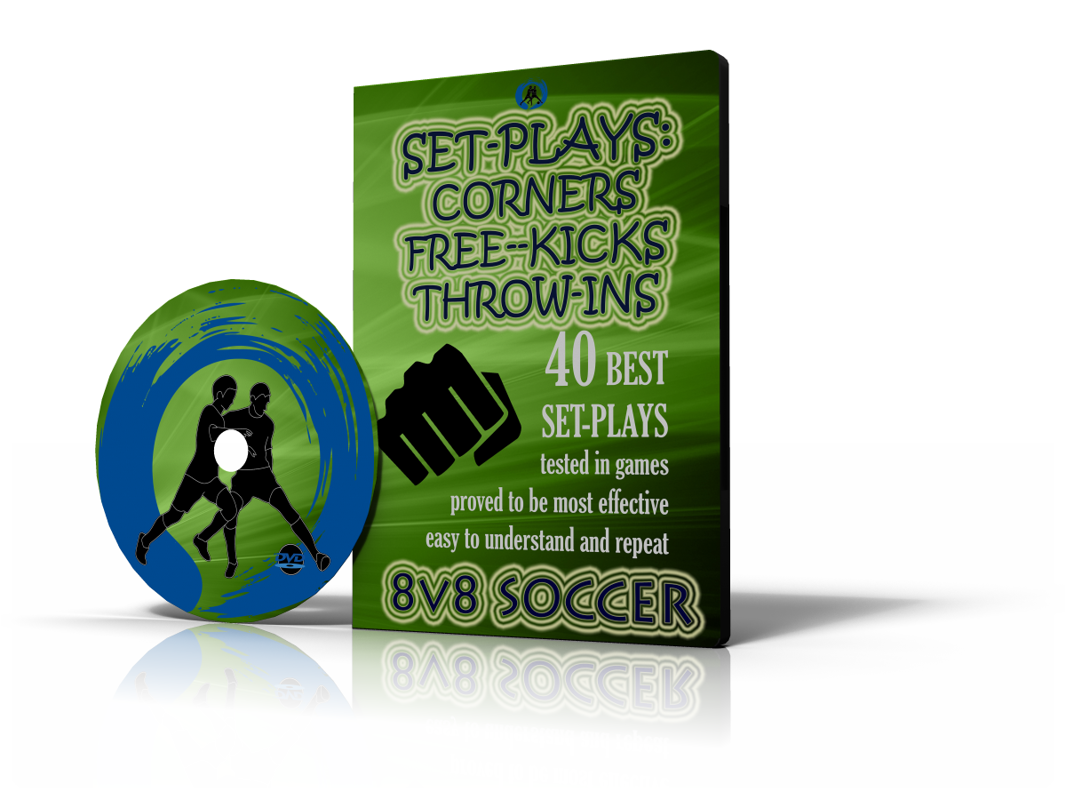 €9.90
Add to cart
After payment, you will receive a link
to your email to download all files.

Did you know, that up to 40% of all goals in soccer are scored from set-pieces?

I can tell you more… If you count an average number of goals from set-pieces in random amateur tournament, these numbers will rise up to 60%!

So isn’t it wise to at least consider teaching your team a couple examples of a corner, throw-in or free-kick? You decide...

This DVD consists of tactical combinations for a throw-in, free-kick and corner-kick. Since I first was engaged in coaching in 2004, I have tried so many different combinations with my teams! Some of the came from tactical books, some of them I invented and tested on my own. The most part of all these combinations came as a result of testing them during games, making adjustments and testing again.. In total I have tried about 120 different set-plays on different levels. This DVD consists of the best and the most effective of them. 40 combination, that will give your team 80% chance to score and 95% chance to take the shot at target.

Who is this DVD for?

Coaches, who want to:

All this is absolutely possible!

If your team has learned, how to play a set-piece and learned it to perfection, no team in the world will be able to defend against such a set-piece.

What would you get, if you buy this DVD?